October 6 – Are You Digging Up Good Dirt or Bad Dirt?

October 6 – Are You Digging Up Good Dirt or Bad Dirt?

Are You Digging Up Good Dirt or Bad Dirt?

Good morning Hump Day readers! I want to share something about ‘dirt’ – because all around us today that is what’s happening—the almost-joy of digging up dirt on someone else to either get back at them, or prove your point, or sadly, to make you look better is just all too common.

Dirt is amazing—you can fill up holes, plant in it, secure a foundation with it, etc. Every day dirt gets moved from one spot to another to get something done. If you think about this, what does it tell you about dirt – it really has a lot of properties we need today! After a 3-day monsoon at our place in New River, the dirt has been moved in places where it will take a lot of work to put it back but it’s still there and still usable—that’s good dirt!

Sadly, we’ve taken the word ‘dirt’ and used it “not for the good.” We’re not digging up the dirt to plant, sow, construct—or for building up. Instead, we’re using dirt to deconstruct-if not demolition of another person, company, etc. And sadly too many of us feel “oh, that’s great, they finally got what they had coming to them.”

Sometimes getting the “dirt” on something is helpful, as long as it isn’t used as a weapon. Take the latest “bombshell” that hit the other day. It’s been uncovered that many of our states in the USA are allowing drug lords, oligarchs and outright political criminals to shelter their “dirty-money” in those states (which they profit from), and that is alarming. It reminds me of the outcry against Switzerland who had no problem hiding Nazi (and other criminals) money and goods for their own interests. Now who has “sunk in the dirt?”

C.S. Lewis had an interesting thought on “noticing dirt” from Psalm 40:1-2: “I patiently waited, Lord, for you to hear my prayer. You listened and pulled me from a lonely pit full of mud and mire. You let me stand on a rock with my feet firm, and you gave me a new song—a song of praise to you.”

For Lewis, ‘noticing the dirt was a good thing” so he wrote this reflection: “I know all about the despair of overcoming chronic temptations. It is not serious provided self-offended petulance, annoyance at breaking records, impatience etc, doesn’t get the upper hand…no amount of falls will really undo us if we keep on picking ourselves up each time. We shall of course be muddy and tattered children by the time we reach home. It is when we notice the dirt that God is most present to us: it is the very sign of His presence.”

Lewis continued reflections on “dirt” from Psalm 50:21: “When you did these things, I remained silent. That made you think I was like you. Now I will argue my point with you and lay it all out for you to see.”  This verse prompted him to not mince any words about his own “dirt problem” – he says: “Ah…there is a Pagan, savage heart in me somewhere. For unfortunately the folly and idiot- cunning of Paganism seem to have far more power of surviving than its innocent or even beautiful elements. It is easy, once you have power, to silence the pipes, still the dances, disfigure the statues, and forget the stories; but not easy to kill the savage, the greedy, frightened creature now cringing, now blustering, in one’s soul— the creature to whom God may well say, “thou thoughtest I am even such a one as thyself…” [KJV Ps 50:21b].

What shovel are you holding right now—what are you going to do with it? If it is to plant, build up and encourage, start digging! If it is to uncover something that is evil and needs to be addressed, dig only what is necessary and do the right thing. But, if it is to hurt another by character assassination or for retribution-STOP IT right now. Go to that person and work it out, don’t let it become strong enough to give you a “savage heart” because if you do, you will be buried by your own dirt and that’s a tough hole to climb out of. 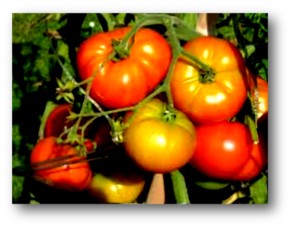 Well, that’s a lot about dirt isn’t it? So, I’ll sign off on this Hump Day devotion because I’m going to go play in the dirt in my garden! Onions, squash, cucumbers, tomatoes, peppers, watermelons – oh don’t you love “dirt” that encourages and builds us up? Who can go wrong with fresh tomatoes for your BLT, or the sweetness of fresh watermelon—it’s heaven on earth, AMEN.