How Long Can We Hang in There?

For some reason I’ve been humming the old song, “Thy Word is a lamp unto my feet and a light unto my path.” Michael W. Smith and Amy Grant wrote this song and released it in 1984 and to this day it remains a favorite. Why? Because there are just some days we feel like we can’t hang on anymore and these words from Psalm 119 give us courage to hang on!

I’ve been reading lately on the travels and travails of Russian Jews. Talk about folks who hung in there, they had more bad times than good times. Some fled to Germany and then with the rise of Hitler they were again persecuted. In Russia it never got any better, even up to the 1970’s and even now there is persecution.

One dissident, called a “refusenik” in the Soviet Union during the 1970-80’s, was Anatoly Shcharansky. He and his family were seeking to leave and go to Israel, but the Soviets would only allow his wife, Natalya, to leave. As she left, he told her “I’ll see you soon in Jerusalem” but that wouldn’t happen until 13 years later. Even though his father was a prominent figure in the government, the KGB harassed Anatoly and finally put him in prison for 9 long years. The environment was harsh and cruel and all he had of his personal belongings was a mini-book, often called miniatures in his day, and this was of the Psalms.

The guards would try to take his book over and over, threatening him, beating him, and finally costing him over 135 days in solitary confinement. After 12 years apart from Natalya, and much intervention from the United States and Israel, Anatoly was given his freedom. But get this, on the day he walked out of prison which, by the way, was broadcast around the globe, the guards grabbed him and tried once more to confiscate his book of Psalms!

Why would they do that? Well, it wasn’t because they wanted to read it for themselves, oh no. Instead, they wanted one more chance to take him down, make him feel like nothing, that he was just a worthless Jew. That was the method of the KGB, to reduce you to nothing so they could completely control you. Anatoly would have nothing to do with them and he threw himself face-down in the snow and refused to walk on to his freedom without his Psalms. Knowing this was on global news, the guards backed off, Anatoly brushed off the snow and got out of Russia—finally!

Anatoly’s love for God’s Word was so strong. Those Psalms gave him life in a prison filled with death and torture; they gave him hope and confidence, and he would NOT let go. How about you and me? Where are we Jesus-followers with regards to God’s Word—is it that precious to us as it was and still is to Anatoly? Or have our earthly possessions pushed our Bibles aside, now becoming decorations on the coffee table?

Anatoly went on to write his memoirs of his time in Russia and released his book in 1988, Fear No Evil. I have started reading this and his faith captures my heart. He just would not let hatred invade his life and the only way he could keep going was reading the Psalms and praying to God. I want to be like him, I want to stick with truth and that is GOD. How about you? If you’re just hanging on by a thread, don’t let go, your rescuer is here, right on time, and HE is all you need! 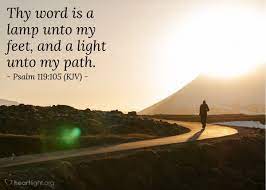