Can You Please Stop Yelling?

I am musing this weekend on “yelling” – the reason being is that it seems everybody is yelling at one another. We were down in Albuquerque shopping, eye exam, etc., and in the parking lot folks were yelling at one another; a car next to us had the mom literally screaming at her kids, and on it went. Sadly, I find myself getting way too like that as well. Why? I honestly am not sure, how about you?

I grew up in a great family that was gregarious and outgoing and yes, lots of shouting sometimes because we all wanted to be heard. Did we also yell at one another – yes, but we’d get in trouble if it continued. My folks shielded their arguments from us as best as possible, too. My dad had a way of saying, “when you’re ready to have a civil conversation then we can talk.” Smart advice! I also married a man, my dear Al, who thinks the same way and his influence helps me a lot when I just want to explode and yell at something or someone!! 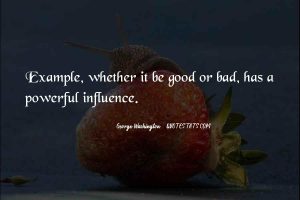 The Scriptures talk about abusive words, yelling, and the influence this has on others. My favorite is from 1 Corinthians 15:33 NIV:

Don’t be fooled by those who say such things, for “bad company corrupts good character.”

I grew up with Readers Digest and still have my subscription 46 years later! Here is something I read from their archives that you may find interesting. A few years ago one of the authors for Readers Digest was studying the Amish people. Interested in how they live in today’s society which is so different from their lifestyle intrigued this author who also wanted to write about them for the magazine. He decided the best research was to go to an Amish school, where he observed the children as they played in the school yard. Given permission from the Amish to do, he learned a very deep lesson while observing the children. They never screamed or yelled at one another (unlike his own kids). He was so amazed by this he went to the schoolmaster and asked why. Although no Scripture was in the reply, his answer was a lesson from Scripture for sure when the schoolmaster replied: “Well, have you ever heard Amish adults yelling at one another?”

We can apply this to parents and their children, but we can also apply this to ourselves and how we treat each other. If we spend our time yelling at one another we never listen to each other and any good influence we would like to leave to this and future generations is tossed out the window! Who wants to listen to someone yelling at them? Even the child who knows they’ve done something wrong doesn’t like it, right?

In other words, the way we treat one another makes a difference…every….single…day!

The way we treat one another, the way we deal with stress, and the way we cope with hardship teaches younger people how they should react in the same situations, as well as those around you who should know better (you know who you are!). Whether we like it or not, we influence others by what we do.

Does this mean we can never make a mistake? No, that’s not going to happen. It would be irrational to say one can do such a thing. But again, as I wrote the other day, we can pause and think about what we should say in a normal voice and if we can’t do that, then best so “zip the lips” and say nothing at all. 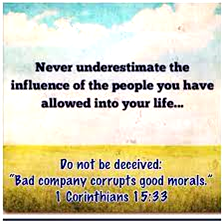 In closing, think about those who influenced you when you were growing up. Do you still have some of their same tendencies in your own life? Are they for the good or the bad? Have you thought about how this influences you and those around you?

And here’s another really good question to muse on and think deeply on: If someone were to spend time with you, especially a young person who is still maturing in life, what would they learn from your character?